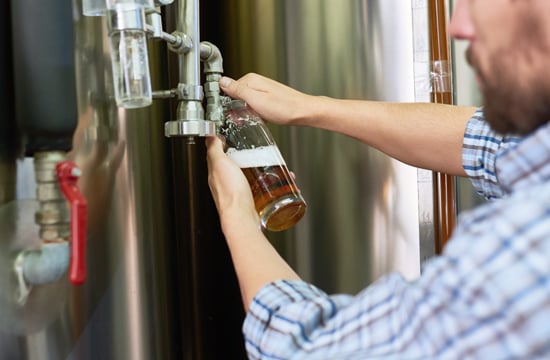 Hey folks! Below you’re going to find a lot of words, then an announcement, then more words. If you just want the announcement give this doc a scroll and find the bold stuff.

We don’t like tipping our hand too much. It puts us in a position to follow through with something even though the landscape may have changed. This is why we’re writing this belated announcement. You may have noticed that we’ve put together a set of limited pub releases over the last couple months. You may not have noticed that we released a couple of traditional beers, the Helles and Vienna Lager, for the old school brewer types out there. We’re going to continue this sort of thing through the end of the year, at least.

Why? We’re doing pretty well right now thanks to you folks. That’s allowed us to maintain a pretty consistent brewery schedule of the Old Nation standards (we recognize the irony in that statement), which in turn has freed up some available pilot tank space. The Gatekeeper (that’s what we call Travis behind his back) is feeling pretty good right now, so the iron fist on what we release is relaxing. Here’s the part you’re reading all this for:

We’re doing some new beers for limited brewery only release.

So far you’ve seen variations on beers we’ve already done. Now, you’ll see brand new stuff. This Friday we’re going to release tickets for our Single Hop Project #1 featuring Sabro hops. This is a whole new deal, a whole new beer from us, yet still in the New England Style. We have three more of these planned, to be announced in due time.

Head Brewer Nate and Carl, our pilot brewer are pretty excited about this. Well, mostly Nate. The meh emoji is Carl’s excited face. In the meantime, Travis has allocated himself some alone time with his old love, a German brewhouse in Detroit, designed to make traditional German Beers. That means more lager.

One thing we love- hundred year old styles. One thing you love – variations on NEIPA. One wildcard- the stuff we haven‘t announced yet. There won’t be nearly enough tank space at first, in the event we hit a home run, but it should be enough beer to be able to dip into the ‘very limited brewery release’ shenanigans some very vocal people have been asking for (Hi Jim!). As much as fun as these releases are, you know what the goal is: that’s to find one a bunch of you like and make a shit ton of it for you. So don’t be quiet. Without feedback, Carl will have to pick. None of us want that.

This is about as close to a release schedule you’re going to see from us. If you want to get your hands on tickets for this new beer, stay tuned to our social media and follow us at https://oldnation.eventbrite.com. Talk to you soon!