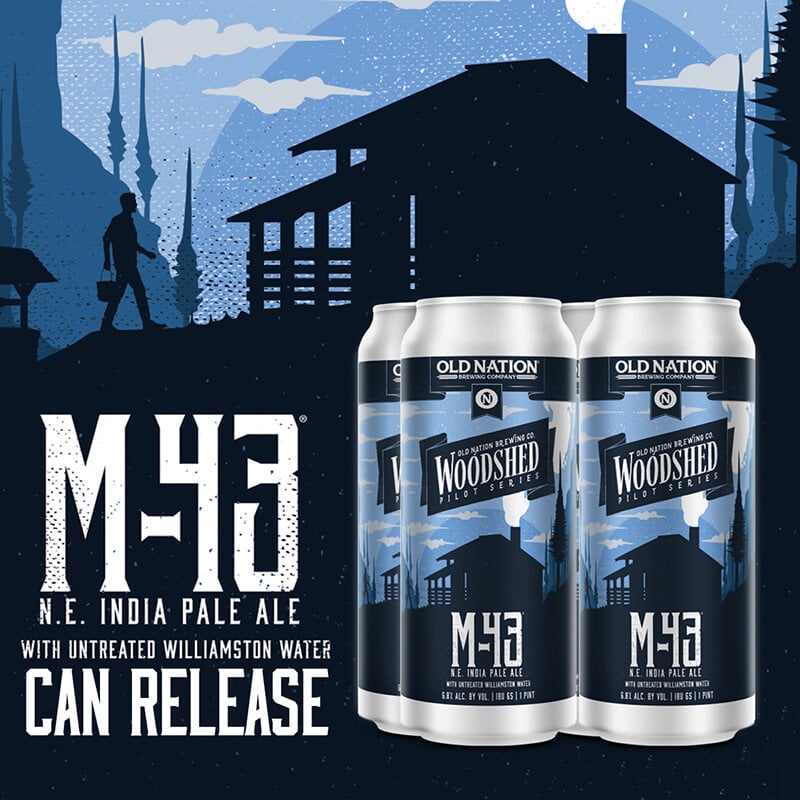 What we’re talking about today is subtlety.

Any chef can tell you, when you make one change to a process you can more easily see how that thing affects the whole.  For this experiment we made one small change to M-43. We used the same malt, hops, and yeast as the original recipe. Then, instead of treating our awesome Williamston water with different kinds of calcium and exactly adjusting pH at every stage like we normally do, we went with pretty much straight Williamston water (we did adjust the pH a bit in the mash for better starch conversion).  The end result was a softer mouthfeel, a little less ‘snap’ at the finish, and the absence of the acidic “twang” that makes M43, M43. If the descriptors you use when you taste beer are limited to “hoppy”, “not hoppy”, or “malty”, “not malty”, it might be tougher for you to discern the difference- but how fun is that!

If you didn’t squeal with excitement, that’s OK.  I was once like you. I’m still mostly like you. What got me leaning in a different direction was a beer centric tour of a couple European countries a little while back.  When I was planning the trip, Travis said, ‘it will change the way you drink beer’. I was all like, “No way, NEIPA for lyfe!”. So, I go to Europe. I drink a bunch of Pilsner.  I drink a bunch of Helles. I drink Weizens both Hefe and Dunkel. A great time was had by all! I consumed liters of beer with no hangover and no sloppiness.

The trip ends, and I get back to Michigan.  Now, sure as shit, just like Travis said, I’m craving these beers!  Here’s where the fun begins. In my search through Michigan beer stores to replicate the taste that I’ve enjoyed across the pond I really start to think about which I what my preference between these fine beers were, and why.  So, I go back to the braumeister himself and we start talking about nuance. We discuss how you should be able to taste the field where the grain was grown, and what the heck noble hops are. We talk about the history behind Northern German Pilsner and Helles and Vienna lager, and I start to get it.  It’s the darned water!

We know you aren’t used to these sorts of subtle nuances being showcased by breweries, especially those whose flagship beer might be a New England IPA, and that’s why we like it.  “When you drop a dime in the middle of a punk rock show, no one’s going to notice it. When you drop that same dime during a cello recital, everyone looks.” This is our dime in the punk show, and we packaged it for sale at the brewery.  Here’s the link for more details on that.

By my count, that’s two small batch releases in a month, that’s got to be some sort of Old Nation record!  We did something similar in 2017, but that seems like forever ago. You’ll be seeing more small batches in the future, and I promise, the next two will be anything but subtle.

Thanks for hanging with me thus far.  Get ready for pineapple month.